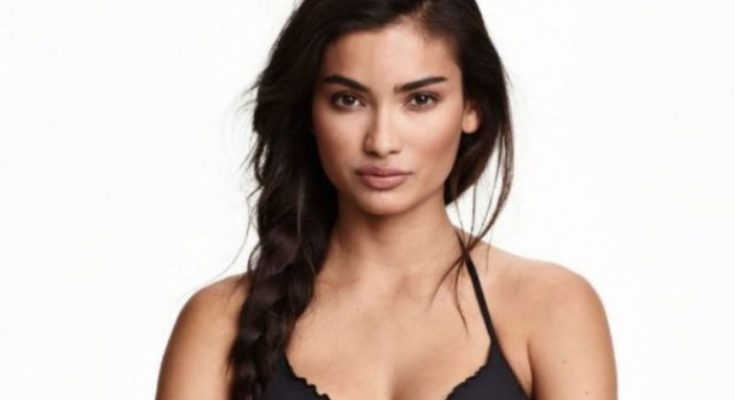 While the likes of Gigi Hadid, Kendall Jenner, and Cindy Crawford, have continued to make waves as the world’s top supermodels; there are also fast-rising models that are currently making their way to superstardom. The Swedish-Australian diva Kelly Gale happens to be one of them. Kelly became famous through her modeling gigs with top and prominent brands such as Victoria’s Secret, Playboy, and Sports Illustrated Swimsuit Issue, among others.

Additionally, she is also a video vixen and has made several appearances on popular music videos including Enrique Iglesias’ Duele el Corazon, among others. She stepped into the limelight in 2016 after winning the Playboy Playmate for the month of September. Read on, as we take a sneak peek at Kelly’s bio, family, and other interesting facts below.

The Victoria’s Secret model was born Kelly Olivia Gale on the 14th day of May 1995 and her birth took place in Gothenburg City of Sweden. She is the daughter of Gita and photographer, Jeff Gale. Kelly possesses a dual nationality of Australian and Swedish as well as Indian, Swedish, and Australian ethnicity. She spent her early years in Gothenburg, Ghana, and Australia.

While she was growing up, Kelly attended a Swedish high school called Goteborgs Hogre Samskola. There she was a standout athlete; she featured in football and tennis for the school team. She also played for a Swedish female team called Nasets SK football club of Gothenburg. At the time, Kelly wasn’t so interested in modeling until the age of thirteen when she was discovered by a talent manager while standing outside a coffee shop. Although her parents were not in support of her working as a model; Kelly finally considered pursuing a career in modeling the following year.

Starting her modeling career in 2009, Kelly Gale quickly got her first modeling gig from H&M Magazine. After that, she went on to feature as a runway model in a 2012 fashion show organized by a French Fashion company called Chanel. During the event, her gorgeous height, great physique, and her impressive performance brought her to the attention of other top modeling brands and also made way for her to get higher gigs in the future.

Later on, Kelly was approached by Victoria’s Secret and was offered a slot in their 2013 fashion show. After that, she has continued making appearances for the brand till now. The stunning model has equally been featured at the cover of popular magazines such as Elle, Teen Vogue, Playboy, and Vogue Italia, among others. Her wonderful performances also earned her an award as the Playboy Playmate for the month of September 2016.

Asides from her stint with Victoria’s Secret, Kelly Gale has also worked with other top modeling agencies including Ford Models, Elite Model Management, MP Stockholm, Modelling, Unique Models, and many others. She has walked runways and appeared on adverts for companies such as Tom Ford, Tommy Hilfiger, John Galliano, Ralph Lauren, Chanel, Rag & Bone, and Narciso Rodriguez, etc.

As we earlier stated, Kelly Gale was born to Gita and her husband Jeff Gale. Her mother is originally from India but was adopted a Swedish family at the age of five. Her father was a former football player but now works as a photographer in Australia. Kelly grew up along with her two brothers (Jamie and Sam) and they spent their childhood days in Gothenburg, Ghana, and Australia. There is not much information about her siblings, parents, and family. The much we could gather is that her lovely family has been supportive of Kelly’s modeling career.

While she has garnered much fame as a supermodel, Kelly is also active in the love game. Although she likes keeping her personal life under the shade, Kelly has been in a few relationships to date. The model has been dating her high school sweetheart and the love of her life named Johannes Jarl. Jarl is a renowned Swedish businessman and they met each other during high school. Soon after their graduation, the couple ignited their relationship in 2014 and has been together to date. Although they haven’t walked down the aisle yet; they might have plans of doing that in the future. As of now, they have eyes on reaching the climax of their respective careers.

Height: How Tall is Kelly Gale?

The charming model Kelly Gale is very beautiful and has an impeccable personality. Kelly stands tall at a height of 5 feet 11 inches (1.80 m) with a commensurate weight of 58 kg. In addition to her exotic looks, she sports body measurements (breast-waist-hips) of 34-23-35 inches and wears a bra of size 32C. She wears a dress of size 4 (US) and shoes/feet of size 8.5 (US) while rocking brown long hair.